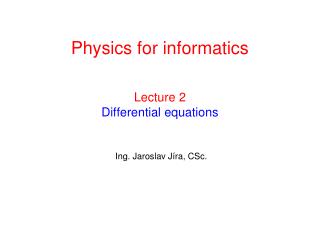 Differential Equations - . definition. a differential equation is a relationship between an independent variable, x ,