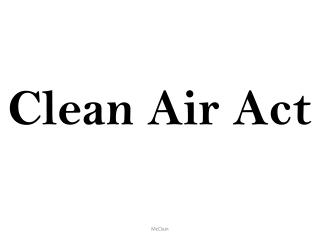 Congressional Clean Air Act Forum - . john a. paul rapca nacaa fall meeting, 2012. what i will cover. background what i