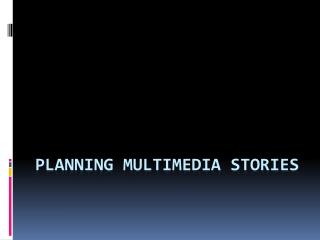 Multimedia - . section objectives. after completing this section you will be able to: differentiate between various cd

Multimedia - . analog vs digital. analog most of analog will be in physical term like vinyl disk, analog tape or plate.

A World of Stories - . 7 th grade language arts. graphic organizer. let’s practice! on the next slide you will find