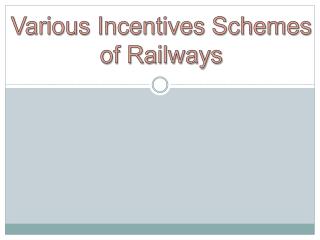 07-T061 Getting the best use of CCTV in the Railways - . presentation outline. project objectives project teams overall

Preservation Tax Incentives for Historic Buildings - . a joint program of the following agencies: department of the