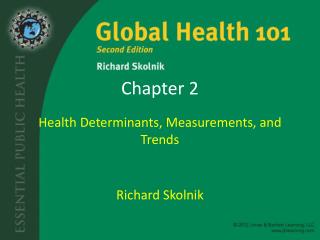 Chapter 2. Health Determinants, Measurements, and Trends. Richard Skolnik. The Importance of Measuring Health Status. In order to address global health issues, we must understand: The factors that most influence health status The indicators used to measure health status