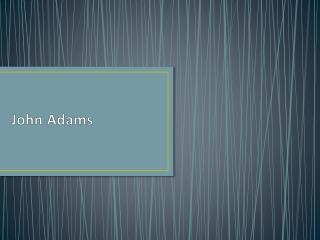 John Adams. Election of 1796. The first true election was held in 1796, because there was no one (Washington) candidate that all would vote for which led to the use of political parties in the election.