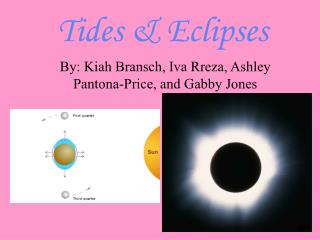 Josh Winn - Models for the eclipses of the t tauri star kh 15d: occultation mapping of a pre-main-sequence star. josh

07 Waves &amp; Tides - . i. nautical terms and definitions a. nautical mile 1. unit of measurement used by all

Chapter 4 - . newton’s laws &amp; gravity many of the slides in your notes will be skipped so we can cover other

Tide Pools Picture Windows into the Sea - . what is a tide pool?. rocky areas on the edge of the ocean that are filled

The Solar System - . 18.3 objectives. identify the planets of the solar system and their features describe the formation

Diane Larsen-Freeman University of Michigan - Transforming teaching and learning: the dynamic quality of language (and