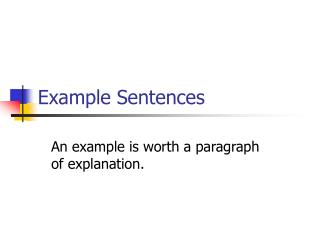 Memory and Language - . memory sentences. you are going to see a list of sentences. each one will be presented for 3

Unity and Coherence in Academic Writing - Coherence? huh? i don't get it!. a paragraph is coherent if all its sentences

North Africa and Southwest Asia - . warm-up 1/16 how does the abundance or lack of natural resources affect how and

THE PARAGRAPH - . lsangeles , mdc. the paragraph is a series of sentences developing one topic. the basic rule with a