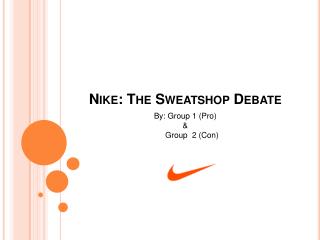 Nike - . sara stamm lizbeth campos. the nike mission. to bring inspiration and innovation to every athlete* in the world.

NIKE - . by kasper lundgaard 4m. contents. fun facts. who invented nike? when did it start? why did they become