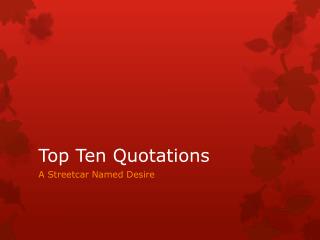 Top Ten Positives - Top 10 negatives . talk louder?tell us first what you're gonna talk about"tmihid in the