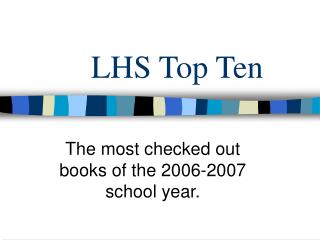 LHS Top Ten. The most checked out books of the 2006-2007 school year. 10. Jacob Have I Loved. Author: Katherine Paterson