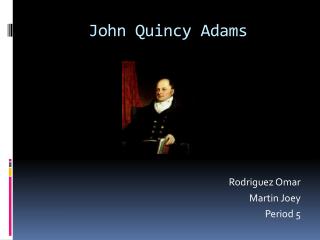 James Monroe and John Quincy Adams - . the 5 th and 6 th presidents of the united states of america. please select a

JOHN QUINCY ADAMS 6 th President - . accused of “corrupt bargaining” which followed him the remainder of his