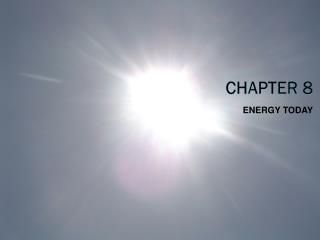 ENERGY TODAY. CHAPTER 8. Energy for the Global Economy. The U.S. is the largest consumer of energy. Energy use is increasing in most countries. How We Use Energy. Residential and commercial = houses, office buildings, shopping malls…