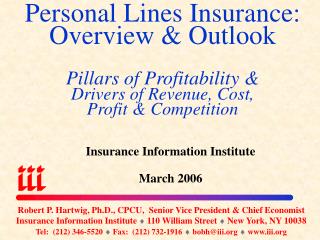 Insurance Information Institute May 23, 2012 - An industry and economy in transition: overview and outlook for the p/c

Insurance Information Institute February 25, 2009 - Impacts of the us economic stimulus package on the p/c insurance

March, 2006 - The methodological role of anecdotes in data generation and analysis of essential meanings in hermeneutic

March 2006 - Quotes by henry van dyke . sound on please windmills of your mind henri mancini. use your mouse or keyboard

March 2006 - Olmek. building a confidential and secure communication between a bank and its customers. march 2006.