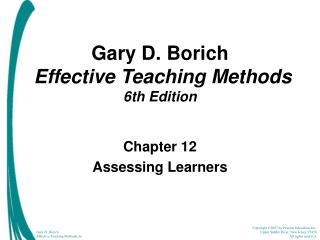 Effective Teaching Methods in 82 Primary Schools - . evidence from the eppse project. what is eppse?. eppse is the

Teaching Methods - . chapters 7 and 8 instructors and their jobs and additional resources. communication skills.

Teaching methods - Presentation made by