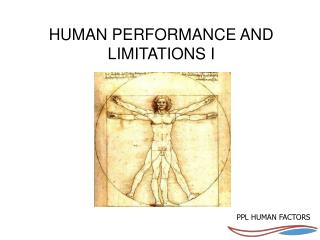 VoIP - beyond replicating the limitations of the past - . henning schulzrinne dept. of computer science, columbia

Thales’ and Gödel’s Legacy: Proofs and Their Limitations - . a quick recap of the previous lecture. the halting

Human-Computer Interaction - . chapter 1- an introduction. learning outcomes. to define the hci concept. to identify what

SITXHRM006A: Monitor staff performance - . what are performance standards?. a description of the duties and tasks an

Chapter 2: QUALITY OF HUMAN LIFE - . introduction. a country is formed by the people living in it. when it is said that