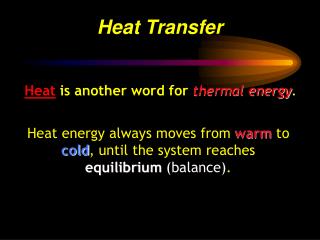 Thermal Reservoirs and Heat Engines - . a conceptual schematic of a heat engine.  two channels of heat transfer, with

FF II Module A Jeopardy - . round 1. round 2. heat – 10 points. heating of an organic substance without addition of