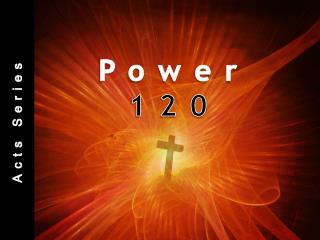 Power 120. Acts Series. The Kingdom Strikes Back! It almost sounds like a title for a Star Wars movie. But, it is a description of the real cosmic warfare. This is the battle between the forces of Light and the dominion of darkness.

Time Series Analysis - . what is time series analysis? the analysis of data organized across units of time. time series

Do secular counseling resources have a place in the Church? - . words of affirmation quality time receiving gifts acts of

Abbreviated Interrupted Time-Series - . what is interrupted time series (its)? rationales designs analysis. what is its?.