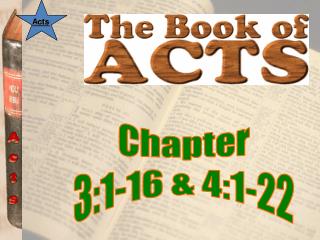 Instructions from Acts - . the amazing race. last fall we began a series in the book of acts. acts is not simply

Acts 2:37-47 - . the grateful life part two. they were unified in purpose. day by day continuing with one mind in the

Paul and Julius - . acts 27-28 outline from mark hope. paul’s history from jerusalem to rome. been falsely