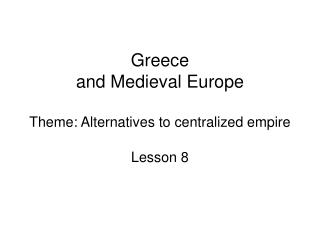 Theme and Central Idea - . identifying the main i dea of literary and informational t exts. what is theme?. theme is the

CH 510 – The History of Christianity 1 - . unit three – the medieval church slides based in part on the story of

VIKINGS - . vikings in europe. vikings invade from the north: from about 800-1000 c.e. invasions destroyed the

The British Empire and The Commonwealth of Nations - . the building of the empire began with a sea voyage to north