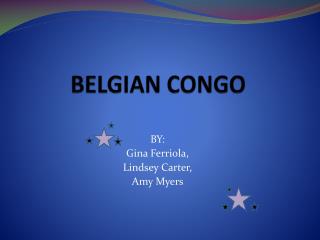 Belgian influence in the Congo - . alice alexander, 1a. the congo crisis. the congo was uninhabited until the late 19 th

The Belgian Congo and King Leopold - . by: emmanuel, selena, nikita, and keri. where is the belgian congo?. the belgian

Belgian food - . sunday dinner. it’s a sunday midday. lunch time is comming so fast. what could we eat today? oh, i

Belgian Chocolate - Welcome to leonidas at kensington. we are one of london's driving confectioners offering a wide