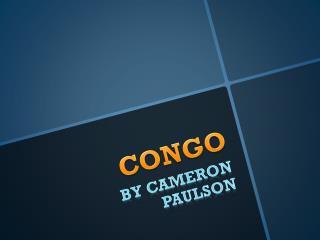 Congo Questions - . by: cheyenne smith, latisha taylor, and fruiciara hoffman . what is a manioc?. a.) a pair of boots.

Congo-DRC - . congo contains most of the congo river system and much of the vast central african rainforest. congo-drc