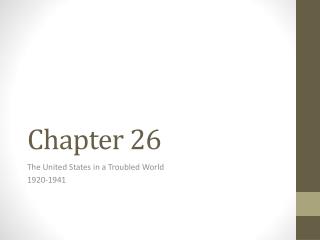 Chapter 26. The United States in a Troubled World 1920-1941. Introduction After World War I, America assumed an independent position in the world, and most people considered themselves isolationists. The World Economy, Cultural Expansion, and Great Depression.