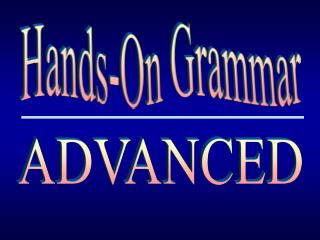 ADVANCED - . negotiations for success. “let us never negotiate out of fear, but never fear to negotiate” - john f.

Advanced Case Management - . purpose. audience the acm class is 1 ½ day course is intended for individuals who have been