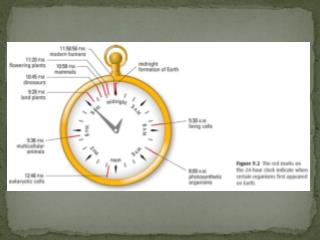 Valley of the Whales - Egypt's valley of the whales holds fossils and bones, that date back over 40 million

Dead Sea Scrolls - . until the discovery of the dead sea scrolls, the oldest available hebrew manuscript of the old

Figure 22.0 Title page from The Origin of Species - . figure 22.1 the historical context of darwin’s life and ideas.

Architecture - . the boston athenaeum. oldest independent libraries in the united states one of the only sixteen extant

Life and Geologic Time - . geologic time. trilobites are small, hard-shelled organisms that crawled on the seafloor. they

AIM - . what is evolution?. evolutionary theory. process of change in species over a long time they are distinctly

Evolution vs. Science &amp; the Bible (Lesson 7) - . part i: the age of the earth part ii: dinosaurs. age of the

The Earth Moon System - . formation, development, and current state. we were wrong…. it was once believed that earth