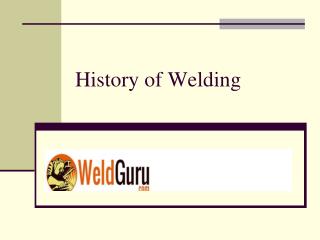 Welding of Metals - . welding. welding is the process of joining together pieces of metal or metallic parts by bringing

Welding of Metals - . welding . welding is the process of joining together pieces of metal or metallic parts by bringing

Welding - . after the lesson students will be able to identify different forms, understand techniques, and safety of