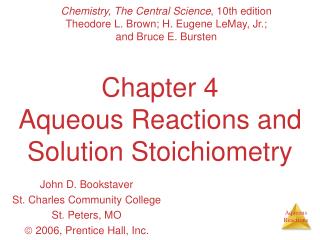 Chapter 4 Reactions in Aqueous Solutions - . many chemical and almost all biological reactions occur in the aqueous

Types of Reactions and Solution Stoichiometry - . water, the common solvent. aqueous solutions – those solutions where