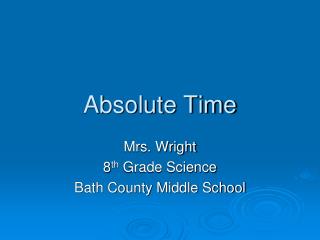 4.1 Extreme Values of Functions - . absolute extreme values are either maximum or minimum points on a curve. they are

Jesus is Alive! - The hope of the resurrection what is easter? a time to buy new clothes? a time to paint easter eggs? a

Measuring and modeling absolute data for electron-induced processes - . chemistry and spectroscopy with free electrons a