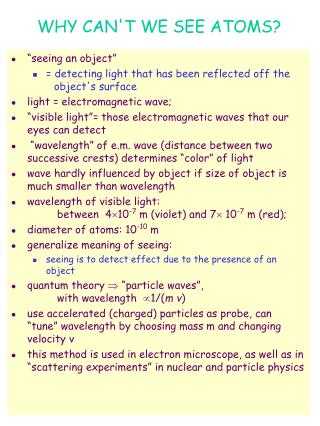 Chemistry Chapter 8 - . covalent bond a bond formed by the sharing of electrons between atoms . molecule a neutral group

Chemical Bonding: Basic Concepts - . chapter 6. why do atoms form bonds?. to become more stable. what is a bond?. a

Table of Contents - Atoms and moles. chapter 3. table of contents. section 1 substances are made of atoms section 2

Chapter 5 - . electrons in atoms. greek idea. democritus and leucippus matter is made up of indivisible particles dalton

Electrons in Atoms - . rutherford’s model. discovered the nucleus small dense and positive electrons moved around in

Atoms, Elements and the periodic table - . matter. all matter is composed of atoms and groups of atoms bonded together,

Electronic Structure of Atoms - . chapter 6. light. made up of electromagnetic radiation . waves of electric and magnetic