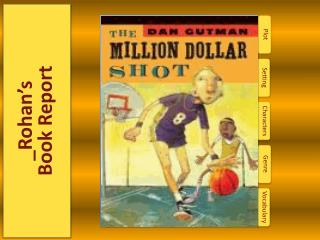 4th Grade Book Report - What will i do?. pick a book from the choicesget the book from a library or storeread the book

Lord of the Ring The Two Towers - . book 3. the two towers – book 3 plot summary. death of boromir ents return of

Rohan Patel - . mission statement. to refresh the world… to inspire moments of optimism and happiness… to create