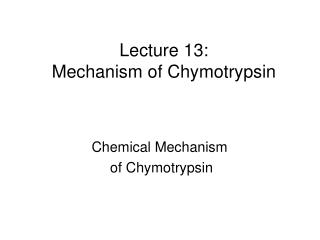 Mechanism of addition of HBr to an Alkene - . step 1: formation of a carbocation step 2: nucleophillic addition of

Kinetics: Rates and Mechanisms of Reactions - . chemical kinetics tells us: …how fast a reaction will occur …how

Corporate Governance - . by: 1. kenneth a. kim john r. nofsinger and 2. a. c. fernando. role of media in ensuring