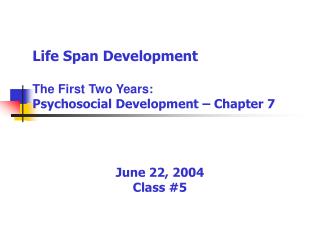 Development Over the Life Span - . birth ( before actually) to death. chapter 3. overview. conception to year one

Adolescence: Psychosocial Development - . ages 11 to 18 what is the effect of social relationships on adolescents?. how