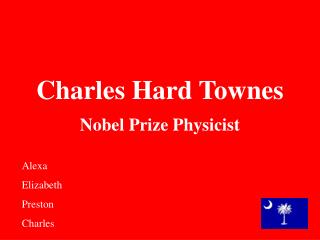 Charles Hard Townes - . by rachael vinzant. charles hard townes. he was born in greenville, north carolina he was born on

Charles Townes - . the laser. what is a laser ?. l ight a mplification by s timulated e mission of r adiation. how does