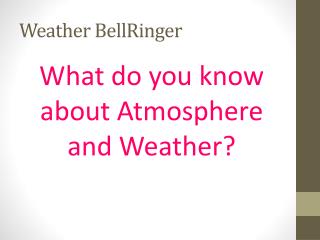 Weather BellRinger - . old wise tail says, “my bones are aching, so it’s about to rain.” what would you say could