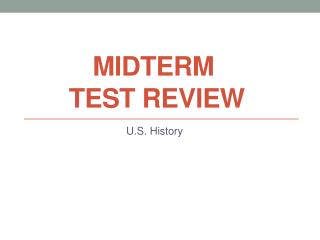 Midterm review - . english 12 honors, fall 2012. disclaimers. some of these slides are repetitive. some of them ask the

Africa Test Review Game! - . which of the following statements is true about the population of africa? a. contains half