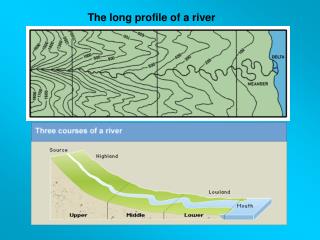 The long profile of a river. Upper course Long profile of a river - . river structure. what's the point of all this?. can you work out what the river is trying to

River profile - . longitudinal profile. fluvial/river- areas. the path the river follows from its source to mouth is

THE LIFE OF A RIVER - . from source to the sea. what happens when water reaches the ground?. precipitation.

A profile of : - Background. the company started in january 2007. it is black women owned and is an interactive and

PROFILE OF A - . nationally critical company. Åke svensson 3 may, 2010 sscc. a major transformation. from one dominating

The Beach, A River of Sand - . river of sand video. berm: the nearly horizontal portion of the beach on the backshore

A Profile of the Mitto_carr Family - Fall, 2011. final semester project. biol 443, biology and biochemistry of proteins.

A profile of the Namibian Economy - . a paper presented to norwegian delegates to the polytechnic of namibia presenter:

The Long-term Context of River Restoration: Social and Environmental - . tom dunne spring 2010. conceptual model of the

Profile of a Hacker - By tommy westerman an attacker’s psychological profile? temple grandin, a sufferer of a mental

Profile of a learner - . mal thompson university of otago college of education 2011. teacher

Profile of a band - . the rpg’s (rocket-propelled grenade). the