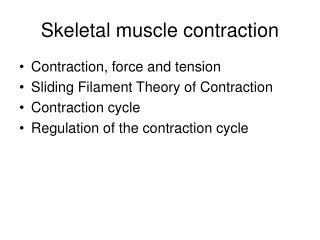 Microscopic Anatomy of Heart Muscle - . cardiac muscle contraction. heart muscle: is stimulated by nerves and is

Study guide… - . what are the three types of muscle tissue, their structure and location? what are the functions of the