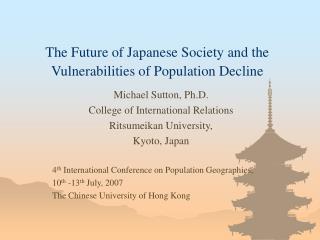 The Future of Society - . “we are engaged in a revolution; a technological revolution. we have commenced an era where

The decline of the Liberals - . why support for the liberals declined 1. divided opinions about the war. some lib mps

The Decline of the Republic - . mass of unemployed landless men allowed for the rise of ambitious men no trust in senate

THE DECLINE OF FEUDALISM - . chapter 5. three causes for the breakdown of feudalism:. political changes in england: magna