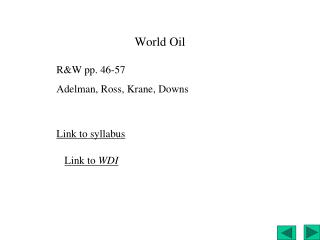 World Oil Consumption Comparison - . 1.what country has the largest column? what are the reasons that you think that this

Olive oil for the world - . sovena group: what we are today. 100% family owned company 8 factories and 4 olive oil mills

The World Oil Market in 2008 - . for more resources on the economics of oil &amp; gas, visit our dedicated economics

1. WORLD IS “RUNNING OUT OF OIL” - . in one sense, this is correct , because oil is a finite resource that we started