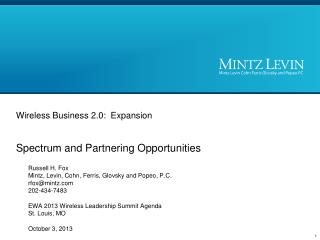 American History One Unit 4 Expansion - . eq; how did the forces of expansion impact the nation 1801-1850?. expansion

Wireless Security - . 802.11 with a focus on security by brian lee takehiro takahashi. survey (1). do you have wireless