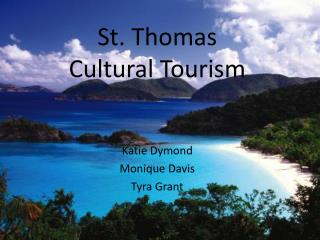 st thomas apostle - . the story of my name. named reed after mom maiden name. named thomas after uncle george . i love my

St. Thomas University - . meeting agenda . who we are what is changing plan overview changes to oas/cpp investment fund

VisitWales and Cultural Tourism - . kim colebrook. this presentation. to give you an update on visitwales activities and