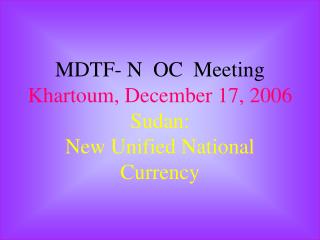 CURRENCY OPTIONS - . currency options. an option is a contract in which the buyer of the option has the right to buy or

Treatment Today: Building a Unified Vision for Treatment and Recovery - . what is the evidence base for recovery support