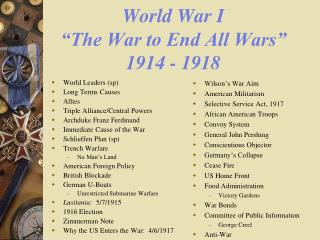 World War I - . terms and defintions. directions: fill in the blanks on your notes and draw a picture to represent each