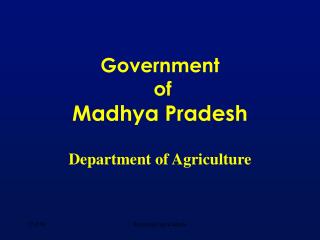 GOVERNMENT OF NAGALAND DEPARTMENT OF AGRICULTURE - . presentation during. national conference on agriculture for rabi