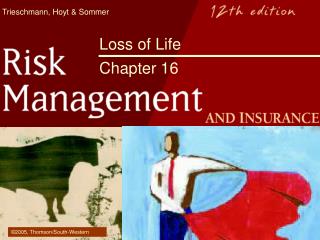 Loss of Life Chapter 16. ©2005, Thomson/South-Western. Chapter Objectives . To distinguish among the insurer, the beneficiary, the insured, and the policyowner of the life insurance policy Loss of Life Chapter 16 - . ©2005, thomson/south-western. chapter objectives . to distinguish among the insurer, the

Weight Loss For Life - . your name here welcomes you to “weight loss for life”. first the good news!. at the end of

THE LIFE OF CHRIST PART 16 - . john 5:1 after this there was a feast of the jews, and jesus went up to jerusalem. john