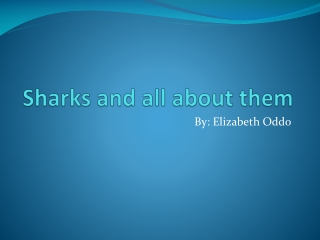 sharks and all about them