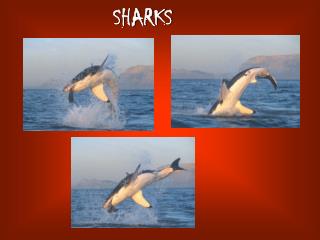 sharks - And all about