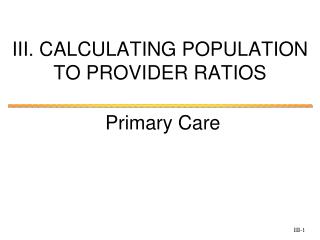 P/E Ratios: What Are The Implications For Equity And Market Analysis - Charles rayhorn, ph.d., cfp ® introduction

Human Population and Sustainability - . unit 1 – chapters 6, 1. essential questions. how has the population of humans

Hydraulic Calculations - . objectives. we will cover the following: the basic formulas for calculating: determining pump

Chapter 2 - . population. population: a critical issue. a study of population is important in understanding a number of