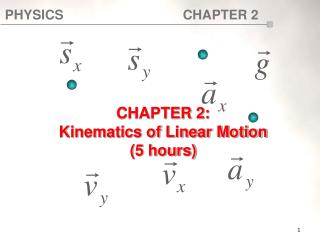 Kinematics in One Dimension - . mechanics: the study of motion. kinematics: how objects move dynamics: forces and why