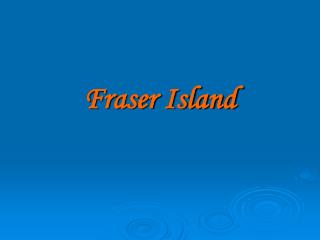 Sand Driving on Fraser Island - Driving on the sand at fraser island can be a difficult task at times. to make things a

Why You Should Visit Fraser Island- Australia’s Island Paradise? - Fraser island is located along the southeast region